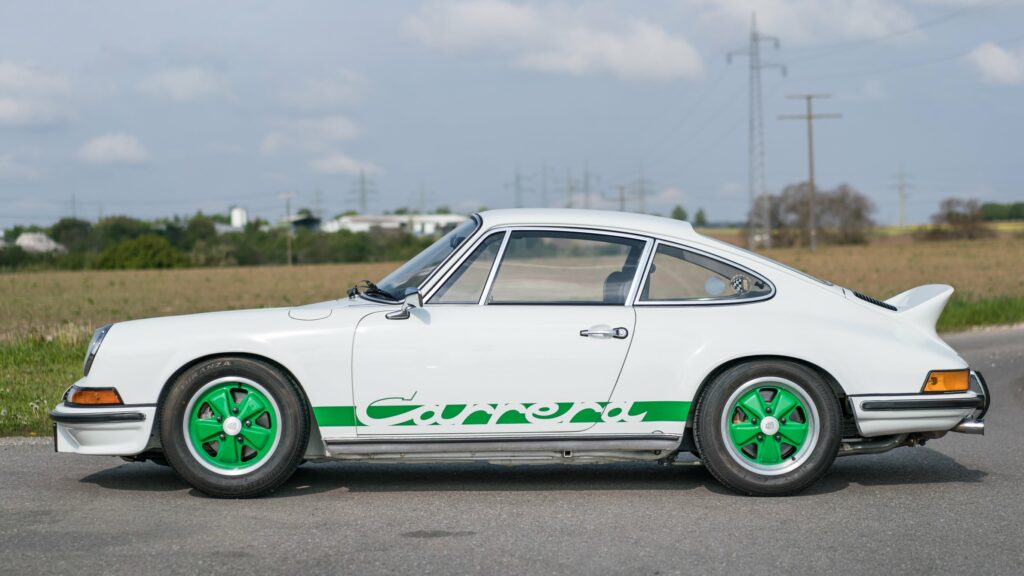 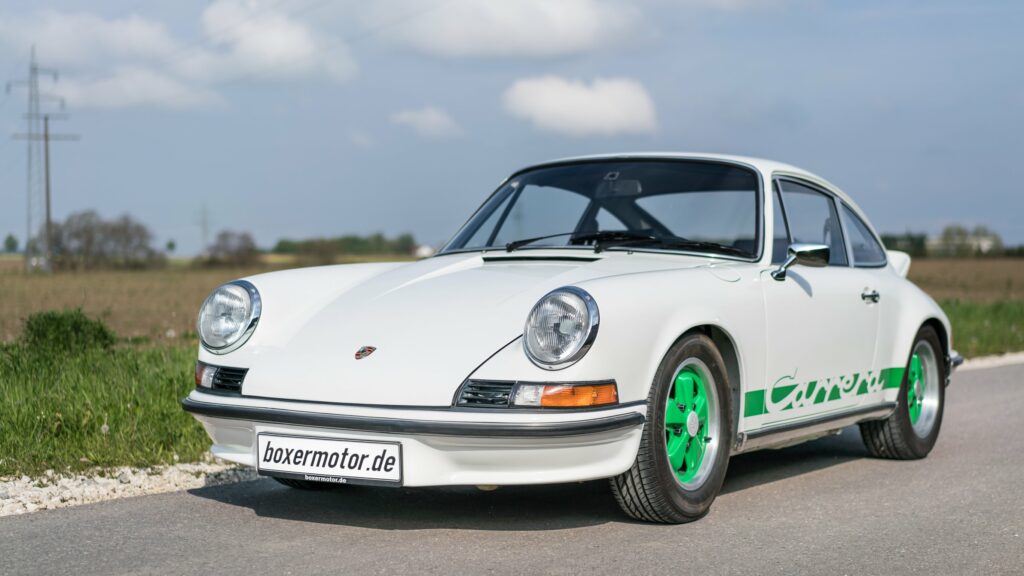 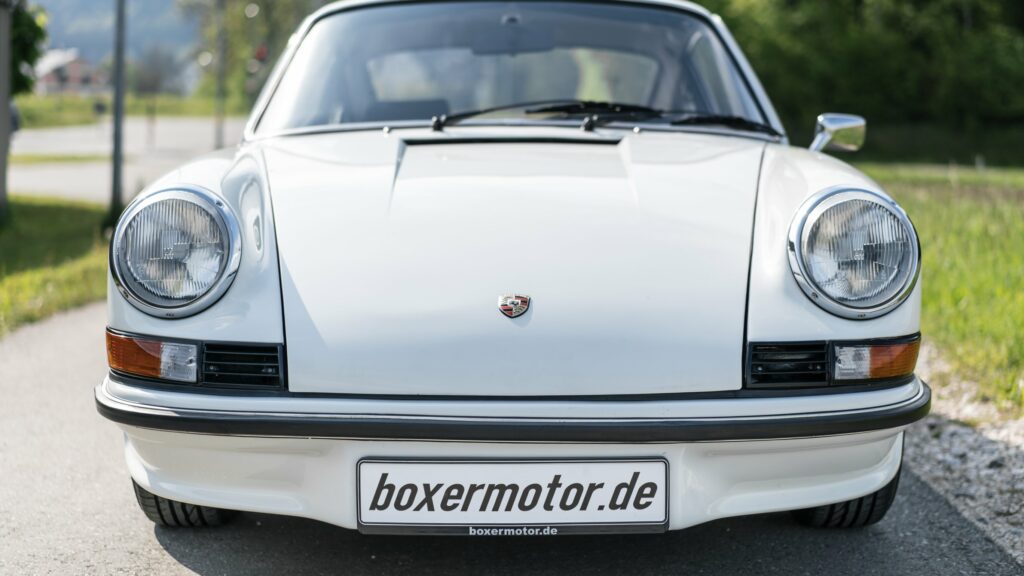 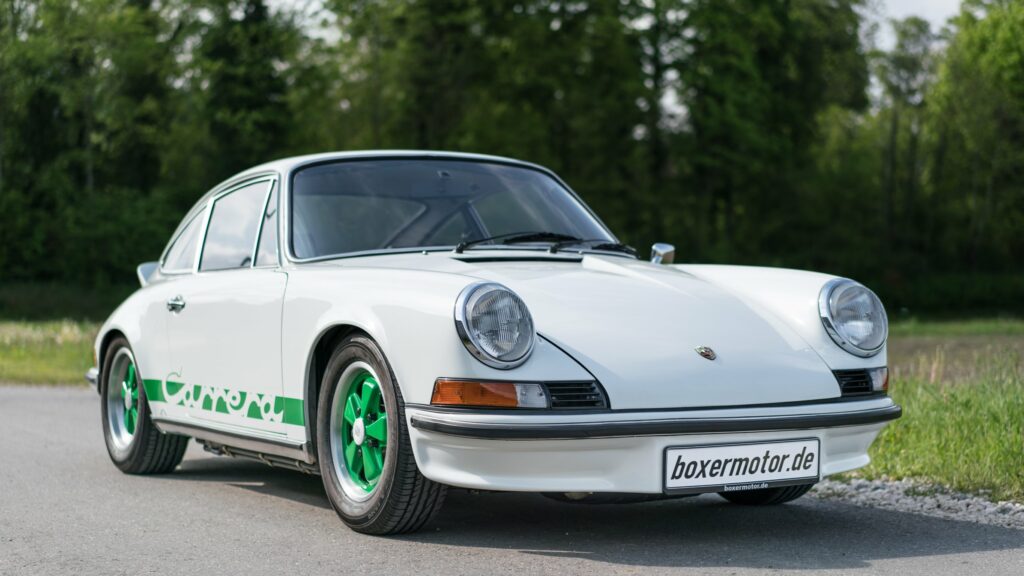 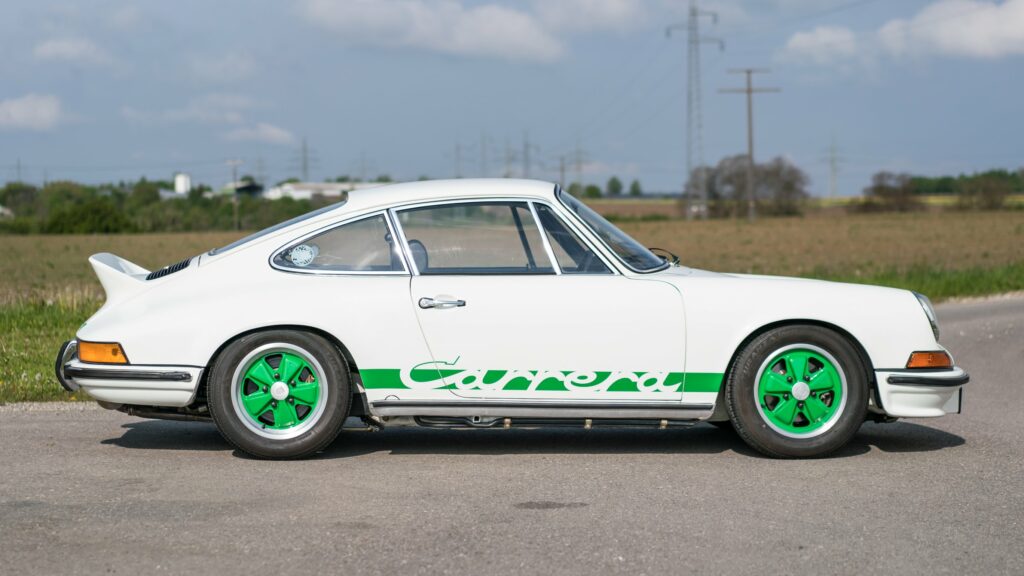 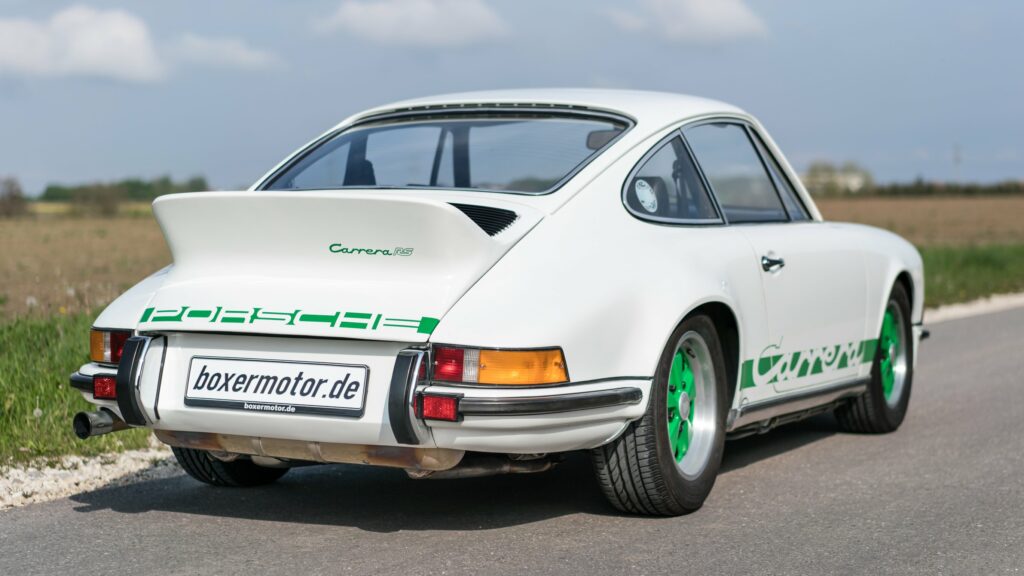 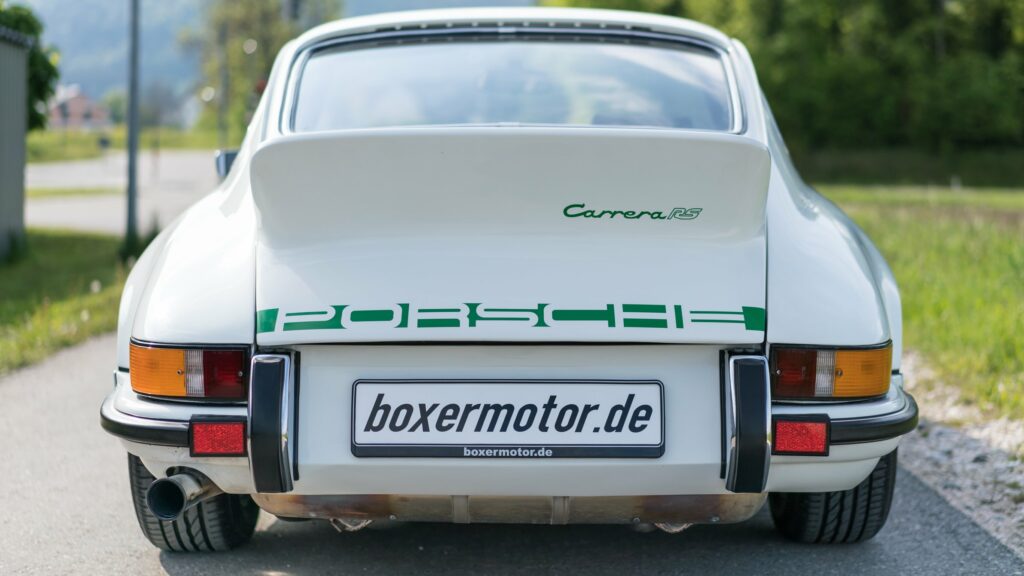 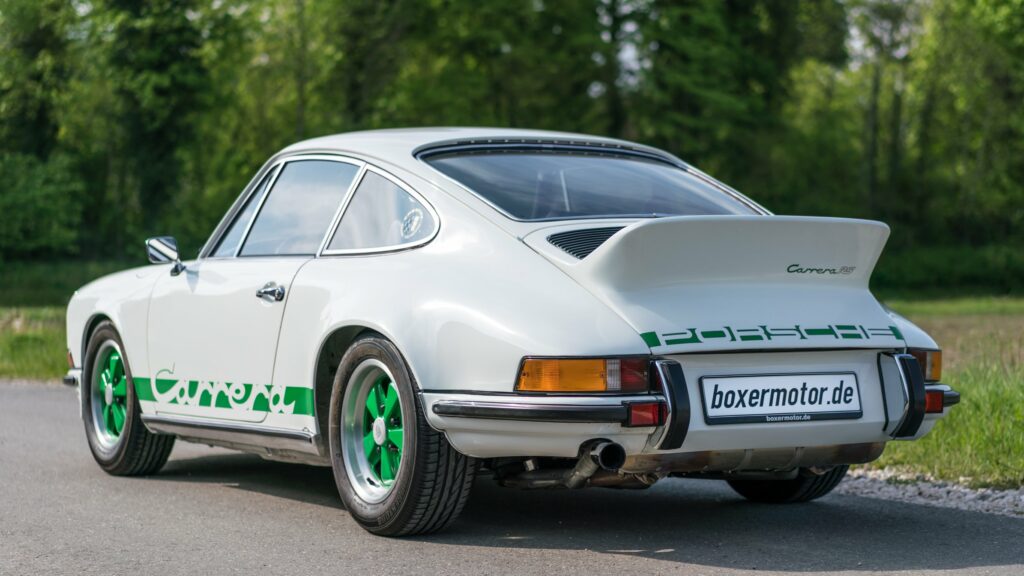 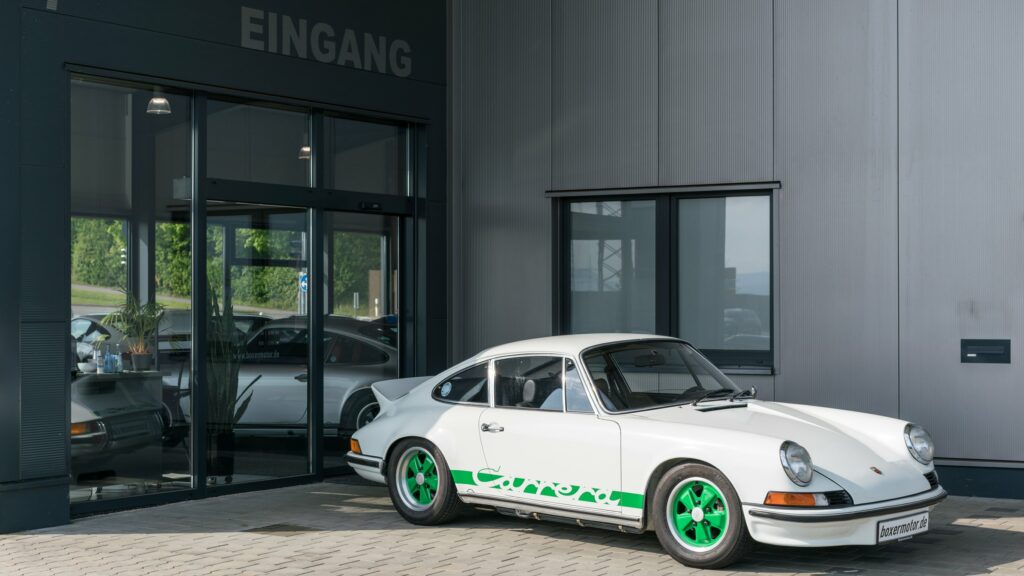 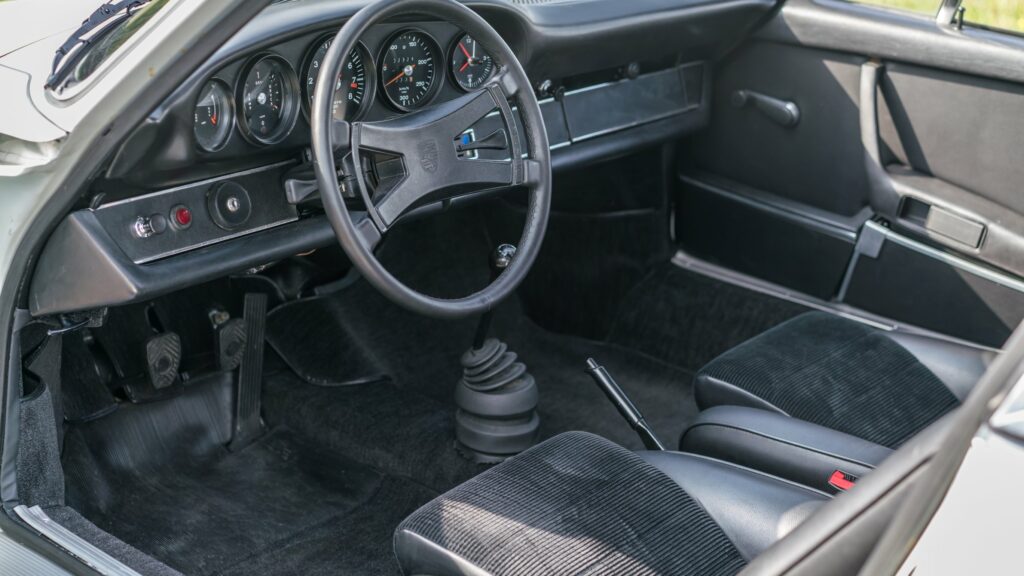 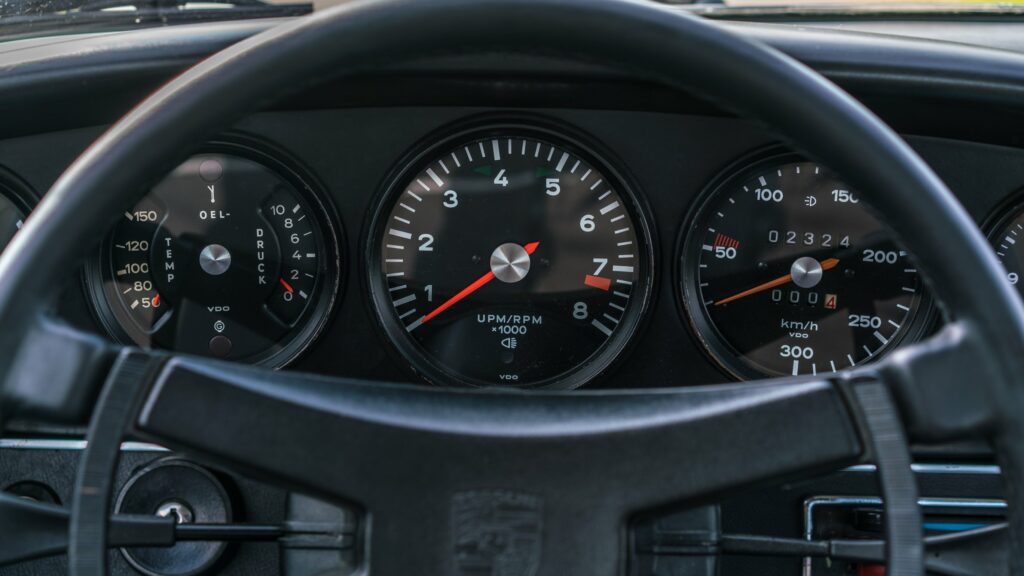 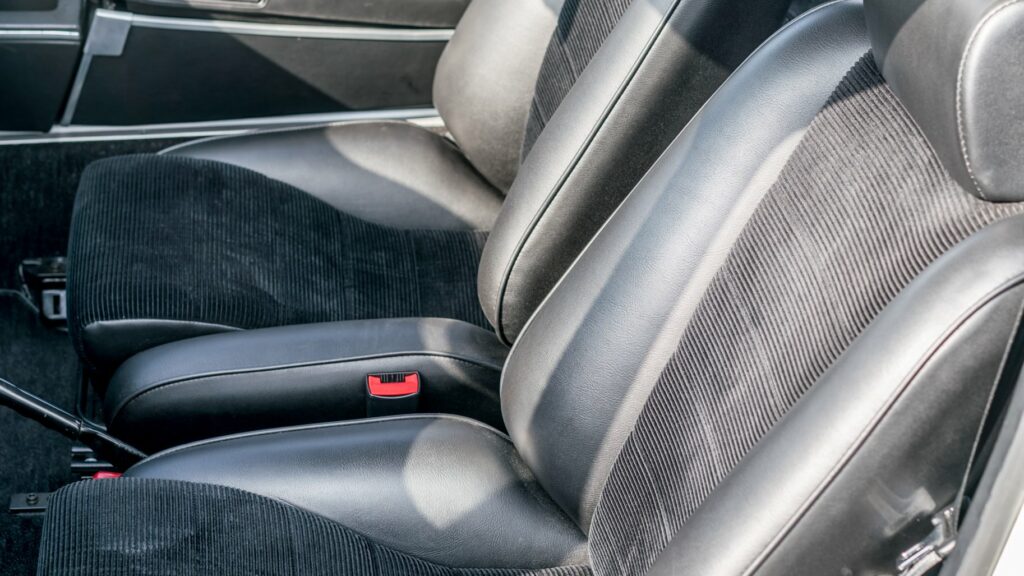 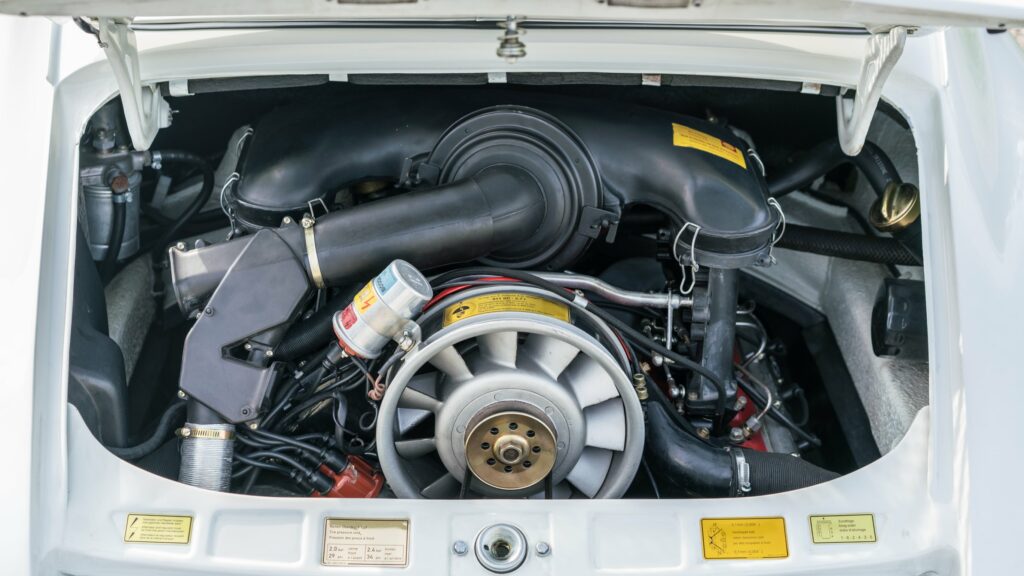 A special status among the original models is held by the 1973 model year (F series) with a 2.7-liter engine. The 911 Carrera RS 2.7, which was presented at the Mondial de l’Automobile in Paris in October 1972, was named after the Carrera Panamericana like earlier racing models and was planned as a small series of originally 500 vehicles in order to obtain homologation for racing. The car differed externally from the other 911s in its exposed front and rear fenders, which were characteristic of all later Carrera models. The special front spoiler had an opening in the middle for the oil cooler. The rear was adorned for the first time by a spoiler that was called – ducktail – because of its shape.